The Surprising Economics of the Diamond Industry

Diamonds have been a part of our culture for as long as one can remember. Some of the most innovative advertising campaigns have been around them.

People give diamonds so much value. But how much is a diamond really worth? To understand that we have to take a deeper look at the economics of the diamond industry.

The Start and End of The Most Powerful Monopoly

If you do not know which monopoly I am talking about, then you are in for a ride. De Beers has been one of the most powerful monopolies in the world. What did they produce? Yes, you guessed it right, diamonds.

Diamonds were not as sought after as they are nowadays. While they were certainly a status symbol and were mostly worn by monarchs, the diamond rush of South Africa flooded the market with them.

And if you remember anything from your high school economics class, that will kill the price. To bring back diamonds to their glory, it would need an ingenious marketing campaign. And that is exactly what De Beers did. As you can probably tell that it was hugely successful since till this day people find diamonds a necessary aspect of expressing love and affection.

The story of De Beers starts with Cecil Rhodes who was an English-born businessman. He realized that he had stumbled into an untapped market and soon started to buy up diamond fields.

One particular diamond field was owned by two brothers by the name of de Beer. In 1880 the De Beers Mining Company was born after he bought the claims of fellow entrepreneur Barney Barnato.

By 1888, De Beers Consolidated Mines, Ltd was a monopoly on all types of production and even distribution of diamonds out of South Africa. De Beers had a massive presence as its influence on the industry grew.

The company knew it needed to control the demand and supply. This will ultimately lead to controlling the price of the prized rock. So, Rhodes created a distribution arm through ‘The Diamond Syndicate’.

As you might imagine, diamond trade holders and distributors also joined in. The reason for this was simple. Their interests and goals were all aligned pretty well. The main goal was to create a scarcity of diamonds to spike the price.

And this can be seen in history. All other commodities have seen a price decline. However, diamonds have seen a rise in their prices, even since the great depression.

Rhodes passed away in 1902 and by then his company controlled 90% production and distribution of diamonds in the world. However, a rival diamond producer will be the one who will essentially turn De Beers into an empire.

Ernest Oppenheimer practically bought his way into the board. He created exclusive contracts with the suppliers and distributors to make it impossible to deal with diamonds without involving De Beers. No matter what the situation is, De Beers wanted to be in the picture.

The Advertising Campaign That Changed It All

All was not rosy though. In the 1930s there was a worldwide decline in diamond prices. This was when something drastic needed to be done with a splash of creativity. Ernest Oppenheimer's son Henry traveled to New York to meet with N. W. Ayer & Sons advertising agency.

And that is when the world-famous campaign ‘A Diamond is Forever’ came to fruition. The big idea was to equate diamonds to love.  And they have been successful since it is pretty apparent that men now think the bigger the size of their engagement rings, the more it shows just how much they love their fiancé.

So, after the advertising campaign and the world-renowned slogan, ‘A Diamond is Forever’, people started buying diamonds to showcase their love to their significant other.

Diamonds True Value Is What We Give It

If you think about it, diamonds are intrinsically valueless. That is not me saying it. Nicky Oppenheimer, the former De Beers chairman, explained the same. And that makes sense.

Diamonds are not much used for making many things. They are used for creating production tools such as glass cutters, grinders and drill bits. But those hardly play a factor for the premium pricing of diamonds. It was and still is our perception of their necessity that gives diamonds the value they have today. But there is a sort of perception shift in the current world about diamonds that is slowly putting a dent on its value.

The current economic state of the world has bred a new generation that is gradually becoming less interested in perceptual value. This should give us some hope for humanity.

The way diamond mines operate have also gravely impacted its pricing. The working conditions of these mines are not the best, to say the least. You will also see child labor being employed in some cases. And it even damages the environment.

So, the public perception of diamonds that initially propelled its price, is becoming rather negative. That paired with the current economic condition, diamonds are slowly losing their value.

At the end of the day though, all these considerations might not matter. The economics of the diamond industry might not matter all that much to you if you really want to show love and appreciation to your fiancé or loved one.

And you know what? That is completely fine. There is no need for someone to frown when a newly married couple flaunts their diamond ring. Diamonds have become very ingrained in our culture as the symbol of love. But it does not hurt to know the true history behind it to get a conversation going.

Carl Byington has bought more than a few diamonds in his life and probably spent way more than he should have. He knows nothing is truly forever including diamonds, but he also cherishes his time with a few select individuals. Go climb some mountains, explore the oceans, or just walk with a loved one for the best memories life has to offer. Check out some of his Medium blogs or YouTube for a few of those highlights.

Posted by Carl Byington at 4:12 PM No comments: 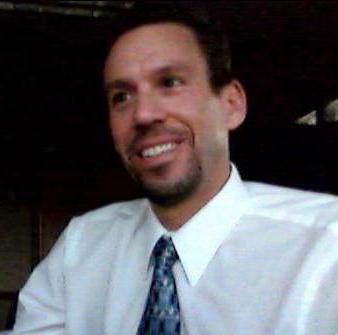 Ultimately concentrating on prognostics and health management (PHM) systems and condition-based maintenance (CBM) processes, Carl Byington owned and operated Impact Technologies for a decade, serving as principal investigator on a range of Army and Navy programs. Since 2017, Mr. Byington has served as president and chief officer of PHM Design, consulting on a range of PHM and CBM engineering projects.